In the 1970’s the company, Monsanto, created/patented a molecule called glyphosate which is the main active ingredient in the weedkiller called Roundup. Unbeknownst to those who used it in their daily work as a weedkiller, constant exposure to it has arguably caused cancer in many victims. This cancer is called non-Hodkin’s Lymphoma.

Monsanto (acquired by Bayer in 2018) is now the focus of attention concerning this controversial product: Roundup.

You may know someone (this may be you) who was exposed to Roundup and for some reason you developed a cancer now.

Currently throughout the country, multi-district litigation (MDL) lawsuits have been filed in order to streamline the numerous products liability cases being filed in the U.S.

Products Liability cases are different from a normal personal injury action, a medical malpractice case, or an abuse case. A products liability lawsuit involves the legal principle of “stream of commerce” where a product has been placed in the marketplace or in the “stream of commerce” and when the product causes actual harm to a person, the company producing, creating, and/or selling that product may be liability. Whereas, a medical malpractice case per se will hold a doctor accountable, or an auto accident will hold a driver accountable through the insurance company, a products liability case can hold the company liable for injury and damages (physical, emotional, financial) incurred upon a person.

When the Firm handled a significant case for a client involving a product lodged into the “stream of commerce” for the intent to make sales and profit from the public (Jack in the Box, Inc.), such a lawsuit served as an important reminder that products can cause harm to individuals, and when they do, the company creating that product and selling it in the “stream of commerce” can be held accountable.

If you have been injured by Roundup, call the law firm now for more information. The following other types of products liability cases may involve you as well. If so, call the office for a consultation.

Note/Disclaimer: Your particular situation may be different. No case is  guaranteed any particular or specific result.  Some case results may include final disposition of a part of a case and not the entire matter.

*The man who received a verdict for $289 Million Dollars eventually recovered an amount as ultimately approved by the court. The plaintiff was not a client of this law firm, but his case served as an exemplary case for many Roundup weedkiller products liability cases throughout the country. 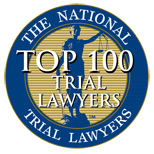